Please Note Install Prices Below Only Equipment is sold separately. I will help you pick out the correct equipment, and if you need me to order the equipment for you I can do that tool. If I provide consulting I can give you free 15 minutes researching and education of equipment but need to start charging at some point.

APM (Application Performance Monitoring), at least the new way to do APM is new to me. I understand the concept of sensors, and combining the sensor log data and combining that data into useful slice-able dice-able data. But the different approaches I am getting used to. Its like a million different simple tasks working in Unison creating what feels like a really complex tech echo sphere. What I am doing now is going through some of these popular tech APM echo spheres and trying my best to break them down, not do decide which is best, but to provide information so the best for you and me and our situation can be made.

If you think there is another one that should be reviewed, please let me know. I am sure there are other great ones to review. Here are some ideas on owler 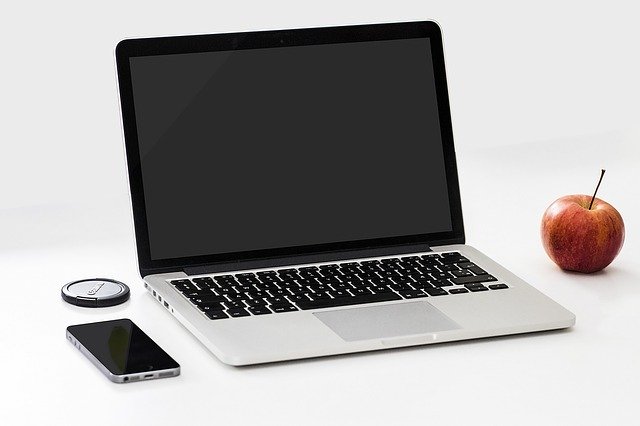 Recently I joined the Mac OS Beta program; not because I have oodles of time to burn, or want to be on the bleeding edge, but rather as a last effort to continue to use Mac as one of my operating systems before completely ditching the platform.

In 2019 Apple release the Catalina operating system with some major under the hood changes. First, it went 100% 64 bit, not 32 bit applications will run period, and any 64 bit applications that had some 32 bit libraries will crash. Second, drivers like your video card use with Catalina are required to use the DriverKit framework. DriverKit runs in the user space and not the Kernel like previous operating system before Catalina allowed. Before Catalina, if you used two monitors and a video card that was older not using Driverkit, and that drivers had an error, your OS would crash and your Mac would reboot. Catalina, the OS is not even letting those drivers run now. So you would either need to upgrade the driver, or replace the video card. Sounds good right?

This leads into why I wrote this article. Since Catalina, two out of three of my Mac computers started crashing, a lot, like every 10 minutes. One is a 2013 iMac, the other is 2018 Mac Book Pro. The third mac is too old for Catalina. The 2013 was the worst, and both had problems upgrading. Both would crash upgrading even from a clean install. Eventually I was able to get them both to take.

After searching blog after blog and realizing this was a global issue, I came to the belief this was definitely on Apples radar; not because I heard something, but because I speculated that Apple would not ignore the many reported issues. But also felt strongly they would not admit publicly that there is an issue, but rather fix it, quietly and quickly. And make the problem just go away; no Press. I do not blame Apple and understand, just do not like it. I believed the best way to get my issue resolved was to get the latest code so joined the beta program. When their is a fix, I will have it first. Almost first.

Once I had beta 10.15.2 installed on my iMac, my problems of frequent kernel panics got better. I should note that by the time I got on the beta program, 10.15.1 was out which fixed my Mac Book Pro. The iMac crashed less but still could not get 30 minutes out of the iMac. Also note the following things helped which I noted on the following thread. https://discussions.apple.com/thread/250717203?answerId=251578985022&page=1

On the beta program, when I had a crash I reported the crash to Apple via the beta feedback tool. Man crashes were when the system from the users perspective was idle(Systems are never idle). So when you get back to your mac, and it had rebooted due to a kernel panic, and the crash screen tells you their was a kernel panic, and ask what you were doing. Many times I would have to enter “Mac was idle”. I even had a crash as I was sending a crash report to Apple. So the problem wasn’t fixed by any means on version 10.15.2.

When 10.15.3 beta came out, the iMac finally stopped crashing. Of course I still had to use the special power settings, but was able to turn my second monitor back on which was really nice. I did also get a response form Apple on one of 10.15.2 bug reports. On Jan 6th they asked for a Core Dump from a 10.15.2 crash a couple weeks prior. I could probably do this, but would take a few hours as I would have to setup the core dump server then roll back to 10.15.2, wait for a crash, and send the dump. But since it Appears Apple had already address the issue in 10.15.3 I think it would be a moot point and more importantly waste an Apple developers time combing through a debug to realize they already address this particular issue.

How to Do a Core Dump on a Mac
Note: If you have another Mac, you can try to set up the second Mac as a server. Any Mac will work as a coredump server; you just need a gigabyte or so of free space per coredump). Important: The kernel dump client can only be configured to transmit on a hard-wired Ethernet port, either built-in or over Thunderbolt. There is no support for transmitting core dumps across the AirPort interface, USB Ethernet, or across third-party Ethernet interfaces. This is an issue for early MacBook Air models which have no built-in Ethernet or Thunderbolt interfaces.

On the server (non-panicking) machine run the following commands

To verify that the core dump server is active

On the client (panicking) machine run the following commands

Well, that’s my Catalina Story. I hope the article was able to help you. I do love many things about the macOS, but this upgrade even though had to happen, will go down as a messy one. Kinda like getting rid of the floppy disk. Right move, but painful when it happened. And of course the CD Rom, DVD, Old style USB… One thing you cannot say is Apple is afraid of change even it if is painful. I guess that is what you call Discipline. Allowing short term pain for long term gain. I just wish it wasn’t so painful.

Setting up WordPress JetPack on your personal on premises or hosted site is pretty easy and I recommend for anyone using WordPress. If you are not familiar with JetPack here is a summary of what it can do for you. From the WordPress.com site you can edit your sites actual admin settings or jump to your actual sites admin page. There is also a nice mobile app too.

There is a free account and as of this writing in 2020 3 premium options.

To get started make sure the following are setup.

Its important that you don’t just click through the wizard. Read, think about the questions. If they are confusing to you, spend a minute or too and duckduckgo or google the info. Make sure you understand the info before answer the questions.

I constantly find myself battling between getting it done taking the time to design reusable code my big struggle is ready in 10 times as much code to get something done to make it reusable but if I just make a specific code to get the task done. it’s a game of predicted volume volume and objects being reused or something being specific. The catch is we don’t always know when something that we think a specific will end up being reused over and over again in many different locations 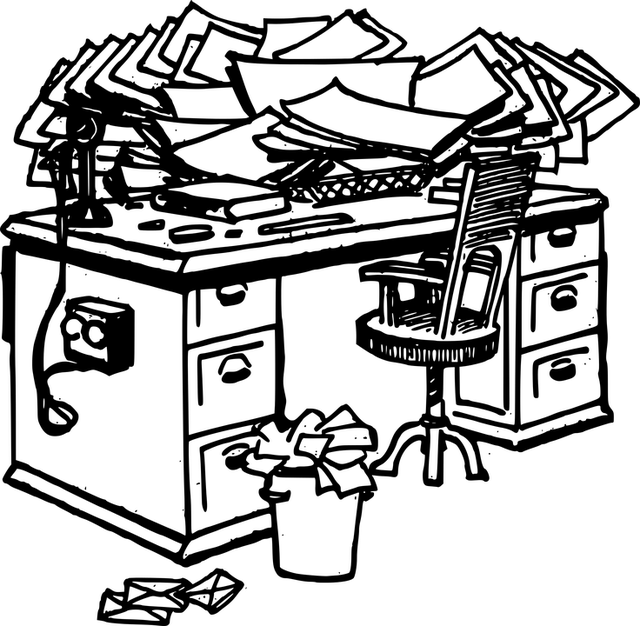 What I learned is everyone wants and believes “it” should be simple and if “it” isn’t then someone is to blame. They are right; you cannot hide form complexity, and every process will have complexity somewhere. And without defining “it”, knowing where “it” lives, what part you play in “it”, you may or may not be deal with complexity that you think is stupid or dumb or unnecessary ( you pick your adjective).

At the end of the day every process can be broken down into simple doable steps. Unplanned things will happen and we will either white knuckle react away, or learn to plan in risk in a sensible reasonable amount. This is where experience and discipline come in. Someone who is unexperienced and not disciplined will most definitely white knuckle just about everything they do. they probably move fast in what they do, generally point fingers at others and don’t have time to plan because, “I am to busy right now”

So what is the solution then. We all want to just start, whatever we are doing. How many times have you purchased something that came with a manual, skipped the manual only to pick up after you have extra parts, or became confused. Its human nature. Well its also human nature to hit things when we are angry. Good way to break a hand, luckily we learn not to act upon that human nature very young. The answer goes agains everything that makes sense. To go fast you slow down.

Here is the magic

It takes time and discipline when you have a tight deadline, and everything inside of you saying, I can’t think about what could go wrong because failing the deadline will happen if I do that. But without doing a risk analysis, and putting a few things in place as a plan b if these risks come true, or simply agreeing and communicating to stakeholders acceptance of an error if it where to come actually does not take too long if you practice it.

And when things do go wrong, record then. Don’t write a book, but just a few sentences. Situation, what you expected, what went wrong, what you are going to try and do. Keep this log in a central place. I have a spreadsheet on google drive. you can keep it anywhere. just make sure it is really easy to get to. And categorize this list. you will use this during your next risk planning.

And last, if you are no good performing auto body work, do not try and do body work for your customer. it will look like crap, and you might as well miss the deadline. I used the metaphors because it is very visual. A football coach would not ask the punter to through the football unless desperate. If your coach asked you to do something you know you are not good at, find a way to get someone else to help you. Lean on someone, reach out to someone, pay someone, do whatever you can to get help. do not try and do it yourself completely regardless of expectations. And communicate what you are doing. If the coach is worth their salt, they will recognized good operating and not see it as a weakness.

Finally, make this a habit regardless of how small the project is. Birthday party, Bird House or building a house, starting a business. If the project is really a bunch of projects, make sure to break those apart. That is for another article. Good luck and remember messy is complicated and takes time to clean up.

Dedicated to your happiness, TechAid.me will make sure you are 100% satisfied.